The older of my two daughters just turned thirteen last week and I had been feeling pretty good about how we’d been getting along lately. I knew it was probably the “calm before the storm,” but I’d hoped that wasn’t true. Then I watched High School Confidential.

High School Confidential (on WE tv) tracks 12 girls through the high school years. This week’s episode dealt with Sara and Caitlin, both of whom expressed some pretty conservative views upon entering high school. Sara’s parents are immigrants and her Persian culture is important to her. Caitlin describes herself as a devout Catholic for whom religion is one of the most important things in her life. Both of these girls appear to have a good relationship with their parents at this point. Then each of them meets a boy with whom they develop a serious relationship. By the time they graduate from high school, Sara is getting married to her boyfriend, much to her parents’ dismay, and Caitlin has fallen away from the church. As the girls progress through high school, their relationships with their parents deteriorate somewhat over the years.

This really concerned me – if this is the pattern then I am definitely in the “calm before the storm with my daughter!” But, what struck me was that, as the freshman, these girls were parroting their parents’ pretty conservative values and, as they matured, they started to form their own values which weren’t always in sync with their parents. That obviously caused friction.

I could relate to this because it was my experience growing up. But, I’d like to think that I am pretty open-minded and that I’ve established a solid pattern of open and honest discussion with my children about the various big issues of life. It seems to have worked so far with my son – he is 16 and we haven’t hit any real storms, yet. I’d like to think that whatever choices my daughter makes, whatever identity she forges, we can still have a good relationship. Although, if she told me she wanted to get married at 18, I wouldn’t be so open-minded!

I discussed this episode with my daughter, including the idea that perhaps Sara got married so young because she wanted to remain a virgin until marriage. If my daughter was in a committed relationship, I’d rather she had protected sex than get married at 18, and, she knows it. I hope that by being realistic and open-minded, we can survive this high school journey with our relationship in tact, the new identity and all!

“Mom”, what you are going through is very much the calm before the storm. My parents and I went through it, except, it only seemed like calm to them. It was still storming for me; I just started leaving things out.

These girls’ relationships with their parents did seem to diminish as time went on. And I think that’s pretty normal. As teens gain independence, they stop letting their parents run their lives. What’s so sad about Sara and Caitlin (and me, and most of the teens I know) is that we stop letting our parents in. Over the past few years I’ve become more distant, because hey, my parents don’t really need to know about how I had that super hard physics test today, or how a girl I know might be pregnant.

Teens change really quickly as we grow into adults. And it’s hard to talk about our lives with the people who still see us as “daddy’s little girl.”

I agree with you. I would rather have my kids in a committed relationship having sex than be getting married and making such a huge life decision so early. At least, I don’t think I’d be ready to get married this young.

I have something in common with Sara. My parents got married really young (and would disown me if I wanted to get married before 20). I’m also in a steady relationship. In fact, my boyfriend and I watched this episode together. We talked about their relationship portrayed on the show, how they seemed like they were both in it out of loneliness, not love.

All in all, this episode left me wondering what was left out. I couldn’t portray my senior year in an hour-long show, let alone the most important four years of my life so far. 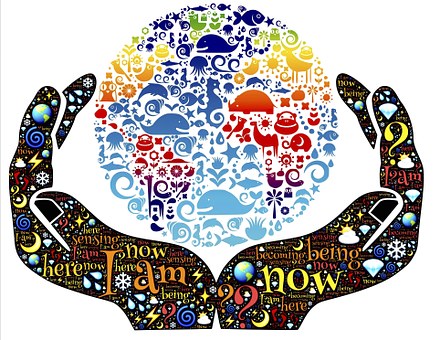 Sara and Caitlin didn’t really defy their parents or openly, actively reject their upbringing; they just drifted away, step at a time. No big blow-out with Mom or Dad; they simply stopped including them in their day-to-day lives. That’s exactly how it’s happening for me; the question is what gets lost in the spaces that are created by this new, disturbing independence (You know: that independence we’ve been training them for and urging them to embrace since they were babies.)

Rachel’s right: one hour, two kids, four years – that’s not nearly enough time to get a feel for why Sara and Caitlin did what they did. But that same sense of distance, of not knowing the whole story – that’s a big part of being the parent of a teenager. The dominant cliché that rules our lives is, “Well, we’ve spent all these years preparing her/him for the Real World; it’s time to let go and trust them to do the right thing,” while at the same time the other part of us is screaming, “What are you, insane? She’s not ready! He doesn’t know how to handle this! They’re making life-altering decisions and THEY NEED YOU!”

So you look for points of contact. You look for shared moments. And you try not to be as rigid or as clueless as these parents sometimes appeared to be – unfairly, I suspect, given the tiny window we were looking through. But ultimately, yes, you have to accept the cliché as truth and – urgh – trust them.

Learning to Balance Work and Fun

Choosing a Bathing Suit Color That Will Compliment Your Body Shape

There are so many sites on the internet that give information about what type or style of bathing suit you should wear for a particular skin type but what part does the color of the bathing suit play in the look? The color of your bathing suit could be blemishing the look of your overall […]