Running, skiing, and martial arts have kept me physically fit for most of my life. However, when my new desk job took a hectic turn I had little time for exercise. Daily workouts became weekly workouts. As my work hours lengthened, my workouts ceased altogether.

Then, during a visit to my orthopedic surgeon for hip and joint pain I was informed that due to degenerative bone disease I needed to have hip replacement surgery as soon as possible. When asked what “as soon as possible” meant, my doctor said at the earliest available opening…two weeks later. During our subsequent conversation, the doctor commented that my years of athletics had helped prevent my having hip replacement surgery years earlier.

I left his office mulling over my upcoming surgery. I kept thinking, ” Why did I stop working out…because that was when I began feeling pain? Well, what can I do to prepare for this surgery in two weeks?”

I felt extremely foolish that I had stopped exercising because that was what kept going and I did not experience pain for a long time despite sweating it out, which was the main motive for me to work out each day without fail but now with surgery looming around, I looked up hip flexors info online to get a feel of what lay in store.

I shared my concerns with a friend who had undergone hip replacement surgery. He suggested that I use my treadmill and walk slowly to avoid hip pain. I followed his advice and took it a step further. I purchased an Ab Lounger Ultra and began using that slowly each morning. 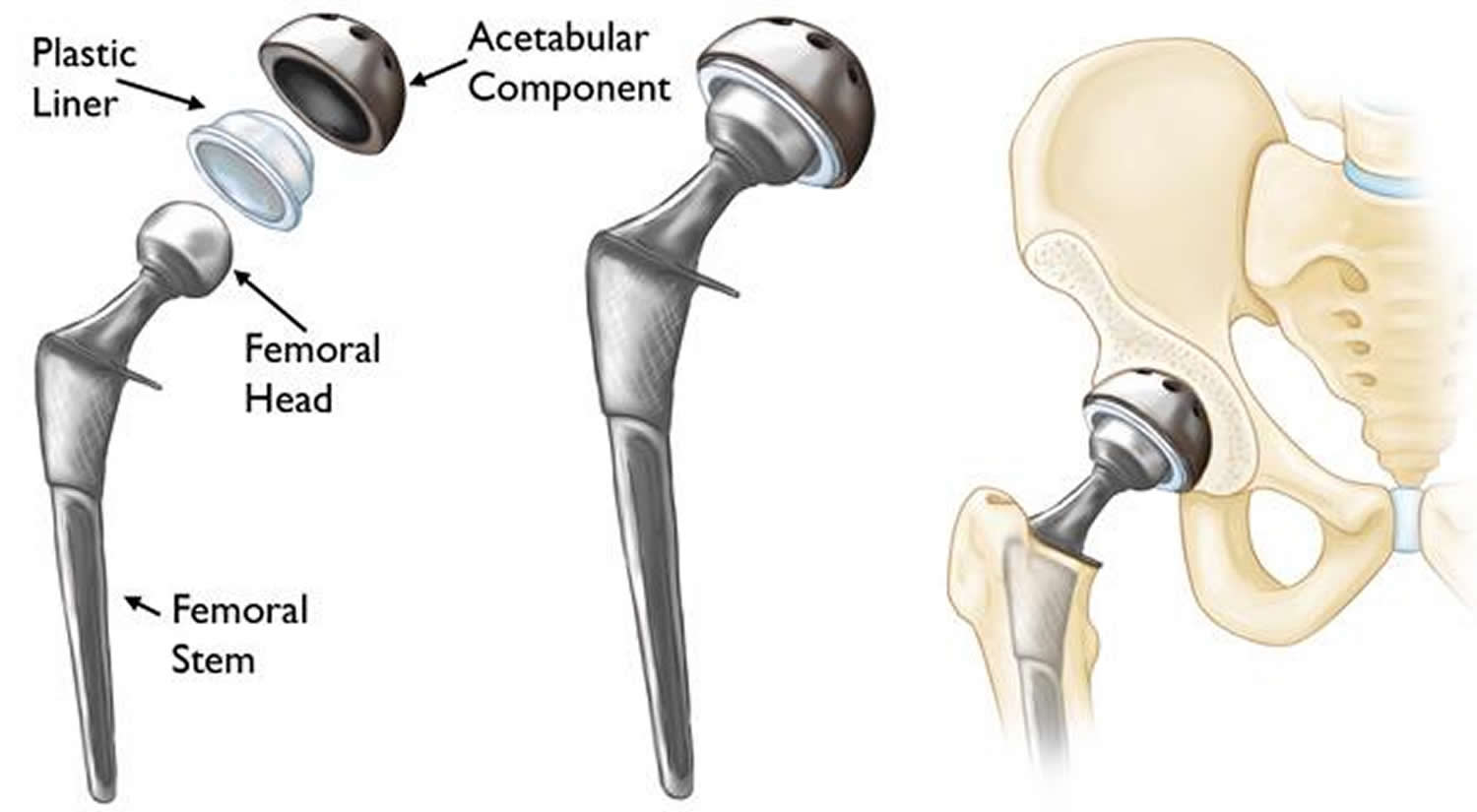 Two weeks later I underwent a total hip replacement. The day after my surgery I slowly walked the hospital halls with the aid of a walker. The next day the doctor released me with post-surgery instructions and directions for physical therapy, which began the following week. My doctor also urged me to continue walking inside my home while using the walker until I felt strong enough to use a cane. (The walker lasted two days because I kept bumping into the furniture when maneuvering about the house.)

I religiously followed my doctor’s orders, and those of my physical therapist, who showed me which exercises I could do. Interestingly, some of the exercises were the same ones I performed when coaching track and teaching martial arts. (Please see the exercises listed at the end of this article.)

The therapist started me slowly on exercises that could be completed while lying on the bed and standing on a step. (We used the bottom stair so I could hold onto the banister for support.) After the first week, my daily therapy sessions included walking short distances outdoors with my cane. Happy with the progress I was making the therapist released me two weeks later. She encouraged me to continue my exercises and my walking, but cautioned me about walking outside alone until the doctor felt I was strong enough to pick myself up if I happened to fall.

Complying with doctor and therapist’s requests, I walked faithfully, until I went back to work and fell into the same hectic pace I endured prior to my surgery. I was unaware of my weight inching upward until one day three months later when I tried on my swimsuit. It didn’t fit!

Determined to get the weight off, I sat down and developed a workout plan that fit in with my chaotic schedule. I also decided to document everything that I ate and drank. Then, I checked with my doctor to ensure that my plan would not negatively impact my recent surgery. With his approval I began my goal of losing the weight.

I started with the simple stretching exercises performed in physical therapy. Then, I slowly began (1.5 -2.0 mph, no incline) walking ¼ a mile a day, on my treadmill. After the first week I moved to ½ mile a day, and increased ¼ mile each week thereafter. During this time I also slowly increased my walking speed to no more than 2.4 mph. I found that walking faster than 2.4 mph negatively altered my gait and placed pressure on my hip.

It has been a slow process, but several months later I have altered my eating habits, increased my walking to several miles a day, and shed my post surgery weight. I feel much healthier than I did prior to my hip replacement surgery. Although I have an artificial hip, and am no longer able to run or perform high martial arts kicks, I have found that walking and using the Ab Lounger Ultra have increased my energy level and helped me shed unwanted pounds.

I am more determined than ever to maintain the healthy lifestyle that I had prior to my hip surgery. Now, if only my artificial hip didn’t set metal detectors off when I go through the airport!

The Ultimate Guide to THC Gummies: How to Use Them Safely and Effectively

THC gummies are an increasingly popular method for consuming marijuana, as they’re discreet, easy to dose and often come in delicious flavors. They’re also a great option for those who don’t want to smoke or vape cannabis, but still want the effects of THC. In this guide, we’ll discuss how you can use THC gummies […]

Where You Can Buy Kratom Capsules Online?

The internet has made it easy to buy kratom online, but how do you know which vendors are reliable and trustworthy? It’s not as simple as browsing a website and clicking on the ‘buy now’ button. Here are some tips for finding the best kratom vendor in 2021. Kratom is an incredibly powerful plant that […]

The Rise of Delta 8: If Delta 8 Brands Is So Bad, Why Don’t Statistics Show It?

As the cannabis market continues to evolve, more and more consumers are turning to Delta 8 products as a way to get their desired effects. While there has been no shortage of anecdotal evidence suggesting that these products can provide a pleasant and psychoactive experience, some still wonder if they’re actually safe to use. After […]