One of the things about Christopher Hitchens is that he got around so much, knew so many people, and made such a vivid impression, that just about everybody is offering a remembrance today. Here’s mine:

In 2007, I was invited to speak at the Amazing Meeting, a conference of skeptics held every year in Las Vegas in honor of James (aka The Amazing) Randi, magician, debunker, and skeptic. I was delighted to be invited because all kinds of cool people show up there every year, including Penn and Teller, Adam Savage, Phil “Bad Astronomer” Plait, and of course Hitchens, who seemingly never turned down an invitation to speak, drink, and argue. (As a man who travels a fair bit, I am in awe of how much Hitchens got around.)

His presentation was terrific, and I particularly remember the All-Speakers Panel at the end, when we all got up on stage and took questions from the audience. One panelist — I think it was Scott Dikkers, editor of the Onion, though I may well be wrong — suggested that perhaps it was dumb for the US to be “at war with Islam,” and Hitchens, in just the way a lion notices a limp gazelle stroll in front of it, responded “Well, Islam is certainly at war with us,” and proceeded to eviscerate the poor man. As the little boy says in Jurassic Park, “Look at all the blood…:”

But: the prior night, I had had my own Hitchens time. A few of us were given tickets by Penn Jillette to come to see his show with Teller, and Hitchens piled into conference attendee’s Scott Hurst’s BMW (which, graciously, Scott let me drive) and headed over to the Rio. Hitch didn’t really know who I was but lit up when I mentioned I had gone to college with his old friend Andrew Sullivan. I should also say the sight of my attractive wife seemed to increase his illumination. (Beth’s judgment: “Terrible flirt,” with “terrible” meaning “good.”)

The show was terrific and had been told that Penn and Teller always invited their guests back to a special lounge they had behind the theater, just for that purpose, so we should absolutely hang around post-show for that invitation. However, as Hitch, Beth and I walked into the lobby, we saw that Penn and Teller had come out (as is their gracious habit) to greet the entire audience as it left the theater, and Hitch made a mental calculation how long it would take for them to work the crowd, didn’t like the number he arrived at and said “Come on, let’s go get a drink.”

And so we did, heading to the nearest casino bar. I told him as we walked I had been experimenting with the proper martini recipe, and he told me that he once did an assignment as a Cocktail Taste Tester for one magazine or another, drinking gallons of the stuff, and learned all kinds of interesting points about gin, vermouth, and the relationship thereof. (Not for the first time in this account, I will regret not taking contemporaneous notes.) The bartender turned his attention to me, and I ordered three martinis, as per Hitch’s well-researched perfect recipe, and he cried, “Oh, God no, not for me. I’ll never drink that awful stuff again. I’ll have a Scotch, please, a double.”

So we talked and drank, with my thoughts being drowned out by the inner voice, “OH, BOY, IM HAVING DRINKS WITH CHRISTOPHER HITCHENS.” We talked about the Iraq War, then in its fifth disastrous year, and which he famously and aggressively supported. I was not fooled enough to argue with him, but I did inquire, gently, as to certain aspects of the war which, perhaps, had not gone as well as he and other supporters had hoped or even predicted. “I will admit it could have been handled better,” he said, which is much as a concession as I had ever heard him make on that topic. He did say something which stuck with me: “I’m just glad we’re at war with someone.” That’s not quite as callous as it sounds here, without context… what he meant was that he saw militant Islam as a grave threat to Western Civilization and that he was glad that the West had finally given battle. One could argue that the “someone” in whose front yard the war happened to be fought wouldn’t share his gladness of its commencement, but again, as I said, I chose not to be that “one,” not then. 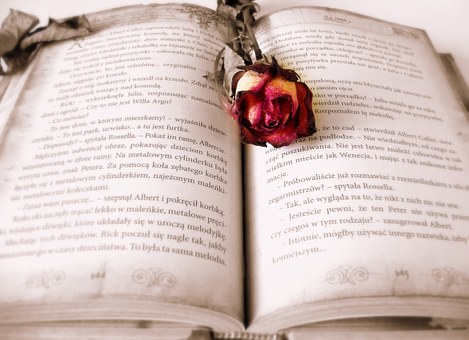 Eventually, after much chat (see note about regret re notes) and drinking and smoking we walked back to the Penn and Teller Theater and of course everyone was gone… we had missed our chance to see the Secret Lounge. By this time it was near 1 in the morning, and the three of us caught a cab together back to our casino. Beth and I headed to our hotel room… Hitch, 16 years my senior, headed off to a party some of the younger conference goers were throwing, where I’m told he danced and drank till dawn.

We talked that night about having him on Wait Wait but never did it. I’m not sure I regret it… three silly questions do not seem the sort of foolishness he would have suffered gladly, and I’m grateful I got to spend some time with him in his natural element, near a bar, with a drink and a smoke, with diversions and arguments ahead and behind.

Freightliner is now set to deliver their assets to Discovery Channel

Freightliner is now coming out of their shell as they are trying to do something out of focus for their company’s advertisement. The Discovery Channel is running the show Myth Busters with greater popularity and it has become one of the favorites in the truck lovers as well. The giant truck manufacturer company has teamed […]

Want To Know About The Super-Strength Of Cannabis Shatter? Here Is The Truth Behind It

It is a myth that super-strength cannabis is dangerous for consuming. The science has proved that it is now safe to consume the high potential CBD oil. It is not dangerous to people anymore. There are various processes by which a CBD is made powerful. The extraction process plays a vital role in the strength […]

A Texas man arrested five years ago near Raton when 32 pounds of heroin — with an estimated street value of at least $2.9 million — were discovered hidden in the vehicle he was driving was convicted in federal court Friday of drug trafficking in what a U.S. Drug Enforcement Administration official testified was one […]