Cloverfield is attempting to do for monster movies what the bloated and predictable, though unfairly maligned as a piece of utter dreck (it was better than Titanic), big-budget American remake of Godzilla in the late 90s tried to do. As of this writing, whether Cloverfield will fulfill its mandate remains to be seen. What cannot be denied is that a Korean movie already beat the makers of Cloverfield to the punch. The English language title of this film is The Host and it managed to redefine the expectations of the Godzilla genre in a way that Cloverfield cannot if only by virtue of its unfortunate gimmick of using jittery-cam cinematography. The Host is a perfect example of the new wave in Korean film and is also a perfect example of why most viewers either seem to love the contemporary Korean movies or hate them. American audiences have become conditioned to accept the really quite ridiculous idea of genre. We don’t want a lot of laughs in a drama, and too much seriousness in a comedy is the kiss of commercial death. In contrast, The Host is indicative of the Korean cinema’s reliance upon disturbing turns of mood and direction: one minute your heart is beating at the sight of the greatest CGI creatures so far created and then-like that-you are laughing from the pit of your belly.

The past thirty years have been lean times for foreign films in America, though in the past decade Japanese horror films and Hong Kong gangster films have become popular, mostly as a result of fans wanting to see what inspired the Hollywood versions of The Ring and Infernal Affairs. (For the record, The Ring is better than the original Japanese version, and The Departed is an embarrassment compared to Infernal Affairs.) Those who enjoy the John Woo-style exercises in empty style should set their sights on the Korean film with the English title Volcano High. At first it will remind you of The Matrix or even Bored of the Rings, but it is important to remember that those films derived (plagiarized) much of their style from Asian filmmakers from Kurosawa to Woo. Volcano High is another great example of the move that Korean filmmaking has made in the past decade; you can’t go in expecting the same mundane and boring emotional register throughout. It combines the astonishing action of a Hong Kong movie with a comedic sense that owes much to early silent film comedy. The visual imagery is just as strikingly diverse: students dressed in traditional school uniforms while sporting Day-Glo hair. Even more striking is the contrasts in which a monochromatic background is punctuated with bright reds and yellows. The byword of contemporary Korean cinema is contrast. The disconcerting juxtaposition of the visual elements is entirely coherent with the equally jarring emotional rollercoaster that take viewers from intensely dramatic scenes to over-the-top comedy within a space of minutes. No wonder so many American audiences used to being spoonfed their emotional manipulation by screenwriters who learned about life from college professors and studio executives who routinely think all American moviegoers are stuck in their teenage years react violently upon the challenges placed in their path when watching a Korean movie like The Host. After all, comedic relief is fine for a monster movie, but only to relieve tension, right? Not according to Korean moviemakers. (If you really want to have some fun, read the IMDB reviews and messages left by viewers who just don’t get The Host.) 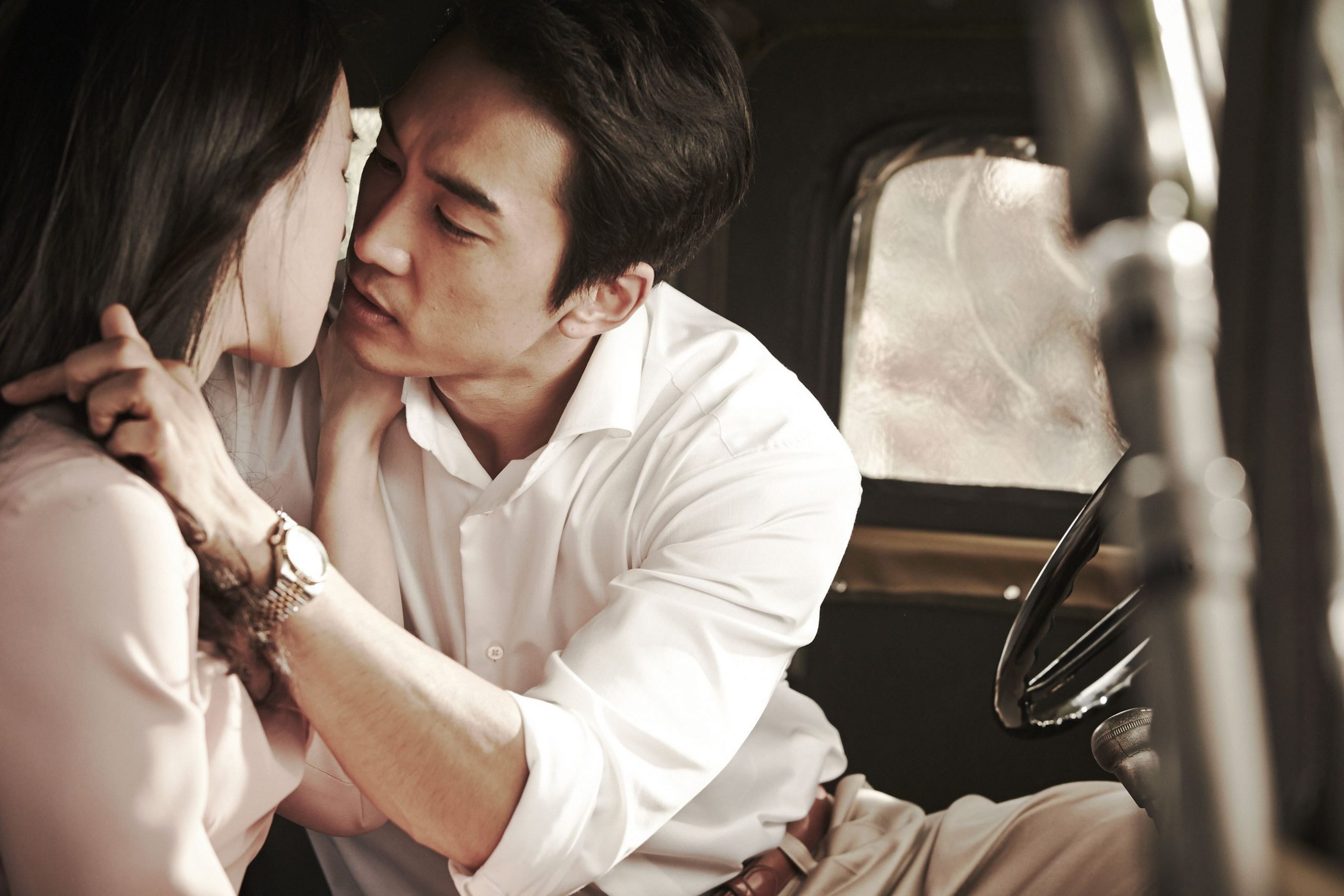 Even the American sub-genre of serial killer movies has been approached by Korean filmmakers. What many people don’t know is that the serial killer is unknown in many other countries, and even those countries that have produced don’t even come close to producing the sheer quantity that America has produced. Memories of Murder is a serial killer movie made in Korea and you should be prepared before deciding to view it that the emotional rollercoaster is present here as well. American serial killer movies are typically devoid of any comedy; Silence of the Lambs may contain the fewest laughs of any Best Picture Oscar winner. Memories of Murder is based on a real even which is, not coincidentally, the story of the first case of a serial killer in Korean history. (Not including the genocidal policies of its past leaders, of course.) Where this particular Korean film diverges from the standard approach taken by American serial killer movies is in dislocating the central focus away from the killer himself and to the police procedures involved in the search. Equally important is that Memories of Murder also chooses not to lovingly focus on grisly constructions of the scenes of murder. Instead, and this may well say much about Korean culture, the real violence in the movie arrives courtesy of the violent beatings of suspects by the police. What this serial killer movie ultimately is about is the violence of the searchers rather than the violence of the killer. Making this film even more of an object of outrage is that, well, I’ll use this comment left on the IMDB message board by way of

“I watched this movie in all earnest for 2 hours and they don’t have any ending? what kind of an idiot makes such movies? i wait for the whole movie to find out who the killer was, and they never ever show it? Nonsense, I will never watch such huge let down stupid korean mystery movies again. I just cannot comprehend the fact that people can feel satisfied after seeing a movie that does not offer a concrete ending, especially when it is a mystery movie.”

Can you imagine Hollywood producing a serial killer movie in which the killer’s identity is never revealed? That’s the thing about the movie. It’s not a mystery; this person has merely been conditioned to believe that if a movie is about a serial killer then it must by definition be a mystery. Well, obviously not. Far from being the idiot here, the Korean filmmakers are simply working at a level that is simply not allowed in the Hollywood of today. The movie isn’t about a serial killer any more than The Host is about the monster. It helps, of course, to be somewhat familiar Korean politics and culture before watching the current cinema arriving from this fascinating country because, like all truly astonishing national film, it is being informed by its culture rather than attempting to inform the culture itself.

It remains to be seen on whether Korean Cinema will achieve the status in the near future to be compared on par with the biggest film industry in the world called Hollywood but Digitaledge.org has indicated many positive points that do point that way. 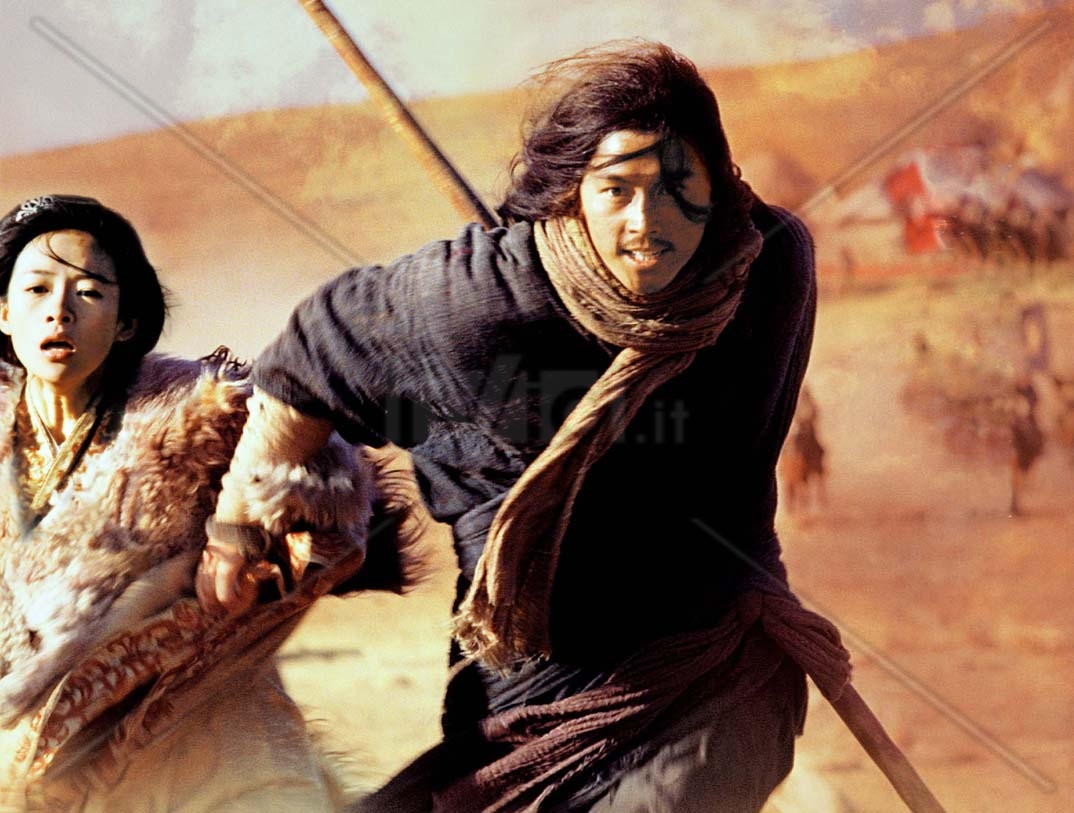 Tips That Help To Choose The Best Headphones For Truck Drivers

At times we need to disconnect ourselves from the hustle and bustle around us. Listening to music, podcasts or anything else is a big-time hobby for most people around the world. That includes truck drivers as well. Constantly driving their trucks through different parts of the country can be really hectic and stressful. That is […]

Film Festivals Around the World

Often trailers shown at Landmark Theaters for upcoming movies contain information about the appearance of a movie at a film festival. Among the names which appear most often are the film festivals at Cannes, Sundance, Toronto, Berlin, and Venice. Advertising campaigns for movies trumpet the showing of a movie at a festival, especially if it’s […]