To end the argument, let us just say what the obvious is – Super Mario is the most popular game character in the world, period. With its continuous existence in the gaming world for more than 30 years, Mario games are the king of all the games ever created. Appealing graphics, interesting adventure mechanics, lovable characters, jolly music and persuasive challenges are just some of the reasons why this game has penetrated the gaming industry for decades. Thus, now, Mario games can also be played on different devices such as smartphones, consoles, computers, and even Mario for xbox 360. One of the main factors why Mario games are successful is the variety of game types it provides to players. Super Mario games come with exciting and interesting series. Therefore, in this article you will learn about the main Mario games series that you might not have tried yet. 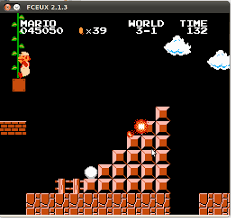 Super Mario World is the first series of open world games and it is definitely something special. This series is an expanded version of the traditional Mario games because it features a lot of secretive segments, is full of off path ghost houses and a lot of bonus power ups.

In Super Mario World, characters are more developed in terms of movement and actions. It also presents the power of Super Nintendo, a game console that is still liked by most gamers.

Super Mario Bro is the original Mario game – and it is still considered iconic and the best game of all generations. The main purpose of this game is to teach base level skills and then building those skills as the game progresses. A lot of games that  exist nowadays are inspired by this concept of Super Mario Bro. This game served as an awakening moment for the gaming industry to create a new dimension of games where players feel challenged. Thus, Super Mario Bro is the origin of all the Mario games.

Introduced in the 1990’s, Super Mario Bros 3 originated a change in the gaming community in terms of graphics. This series had a large, attractive map that was continuously moving. It also started the trend of high levels of contrasting colors that popped off the screen. By this time, arcades were still the rage, where most of the games had only three colors. Basically, Super Mario Bros took some concepts from the previous series but added many new, essential elements. In this series, players were not allowed to select characters, instead, there were multiple worlds players needed to explore with an array of themes and new power ups to collect with amazing effects.

This series of Mario games was a game changer for all the Mario games. It was introduced in the market with updated graphics and complex mechanics. Most importantly, it transformed to the  2D side of the game, where multiple players are allowed. One additional feature of this series was to include wall jumping, which was used in the succeeding Mario games over the years.

With advancements in game development, Super Mario Galaxy 2 offered 3D platforms – causing Nintendo to be known as the expert in designing and developing games. 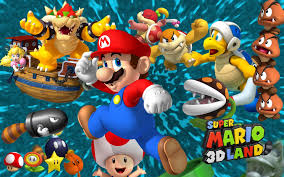 When the mobile gaming trend had begun, Super Mario entered the world of smartphones. Super Mario Land was the first mobile version of Super Mario that copied the original NES game and added some new features. It is still the standard Mario game where you need to start from left travelling to right and killing enemies by jumping on them. One of the craziest added features was the underwater vehicle that gets you to the pilot. This has been highly appreciated by a lot of players.

With these series of Mario games, we can fairly say that Super Mario has come a long way through continuous growth and development.

Love Horoscope for Leos for 2020

There’s something you’d like to say to someone close as the year begins but they aren’t going to like it. Will it be worth all the tension? It might be worth keeping your feelings to yourself as you may feel differently later in January. If you have a talent for writing or some other form […]

Hello everyone and welcome to my definitive shortlist of the very best ways of making money in Jagex’s popular MMORPG, Runescape. All the methods listed will be both quick, effective and for both free players and members alike ( I will be releasing a members-only guide shortly).   Cowhides Cowhides are always in demand as people […]